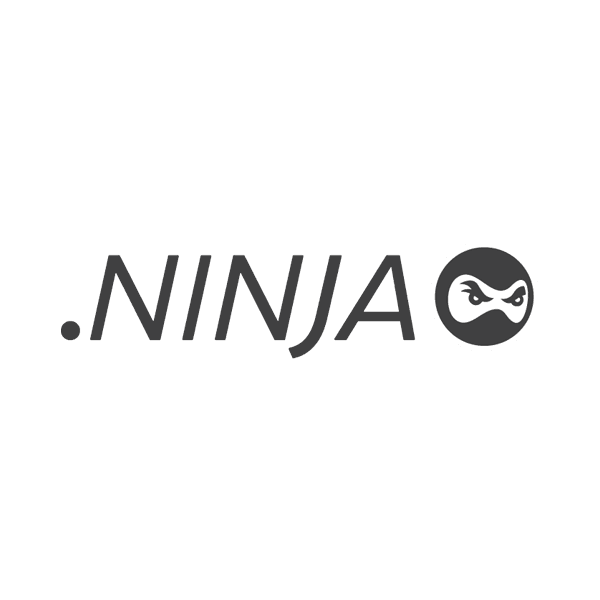 The toughest domain on the web.

Want a web address that hits like a flying drop kick to the chest? Sounds like you need a .ninja domain. While a real ninja could do backflips through your kitchen without you ever noticing, a .ninja domain name is not nearly so subtle. In fact, it’s just the opposite. It’s designed to grab your customers’ attention and leave your competition cowering in fear.

Of course, ninjas are best known as masters of martial arts, but these days, “ninja” is used to describe anyone who’s among the best in their field. It’s especially popular with those who have a black belt in technology, such as:

.ninja domains are also a hit with extreme athletes and thrillseekers who live to push the limits of what’s possible (and sane). We’re talking about:

But as we all know, a .ninja can’t be contained. This domain works for chefs, mechanics, artists and anyone else who has the skills to take on their entire industry and emerge victorious.

Sure, there are other domains that are designed to tell people you’re good at what you do, but none of them have the same attitude as dot ninja. This is a domain that’s built not just for the people who are best in their field, but for those who want the world to know that their skills are light years beyond the competition.

But while the domain itself is loud and proud, the best .ninja names are disappearing in the blink of an eye. So don’t wait any longer. Put those cat-like reflexes into action and grab your .ninja domain name before someone else does.

And to all you actual ninjas out there... We’d recommend you get one for yourself, but you probably already have without us even noticing. Well played.